Breaking News
Home / Arts & Life / Skip It: Why It’s O.K. to Start a TV Show in the Middle

Skip It: Why It’s O.K. to Start a TV Show in the Middle

[Waits for the purists to leave.]

But yes. Yes, you can totally skip ahead. And it may be the better part of sanity and time management to do it.

It’s not always advisable, of course, and there are trade-offs. If you really want to jump into “Game of Thrones” cold for Season 7, you’ll need several Wikipedia tabs open, or at least a very patient viewing companion.

But as Mr. Sepinwall writes, many creators demand too much patience of viewers who are conditioned by marathon binge-watching. When a series like “American Gods” spends almost all of its first season table-setting, it’s reasonable to say: O.K., give me a call when you’re a TV show, and I’ll catch up with you. 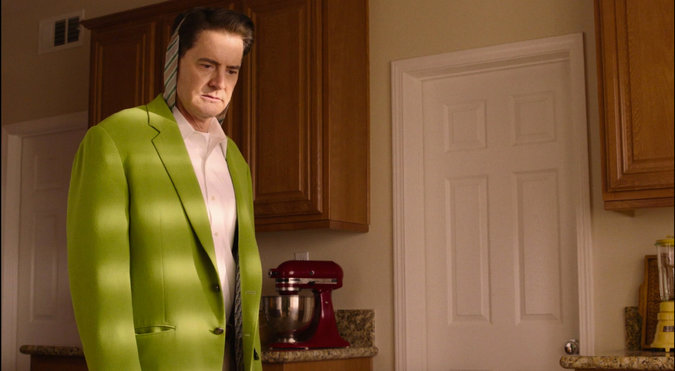 Kyle MacLachlan in “Twin Peaks: The Return.” Some partisans of the show say it’s meant to be an “18-hour movie.”

There’s a kind of Protestant-work-ethic guilt attached to skipping. People don’t want to watch the wrong way, the lazy way, the dumb way. And critics like me have contributed to this neurosis, praising the “challenge” of ambitious series as if reviewing hiking trails. No pain, no gain!

This may be a side effect of how good TV has become. The more we realize that TV can be art, the more it takes on the highhandedness of art: The mandate that a work be absorbed in the order, and under the conditions, intended by its creator.

Some partisans of “Twin Peaks: The Return,” for instance, argue that it’s an “18-hour movie” and that you should withhold judgment until you’ve seen it in full, a demand that denies human nature. David Lynch recently described his ideal screening parameters for his show, as if setting out guidelines for a museum installation: “I recommend getting whatever screen you’re looking at as close to your eyes as you can get, and use headphones. Turn the lights down, and then you have a chance of getting into a new world.”

Sure. It would be a fine life to watch the eight episodes of “Twin Peaks” Season 1, then the 22 of Season 2, then “Fire Walk With Me,” followed by an immersive binge of “The Return” in a dark, subterranean screening room, crowned by high-fidelity audiophile headphones.

But do what you gotta do. I believe your life will be better if you watch some “Twin Peaks” rather than none — The Times’s “Watching” site has a guide to just that — even if you watch it on an iPhone standing on a subway platform, as I have done, may Laura Palmer forgive me. And if you’ve never seen a frame of “Twin Peaks,” you could still watch Episode 8 of “The Return” — an astounding visual poem on the genesis of evil — like a piece of experimental video art.

It’s also misleading to treat most series, even the greats, like fully formed wholes set down according to careful design. TV is an improvisatory art, in which shows shoot a pilot and then beta-test themselves out in public. (A classic example, Mr. Sepinwall notes, is “Seinfeld,” which became great around Season 3.)

This summer, I’m rewatching “Buffy the Vampire Slayer” with my children. It’s one of TV’s all-time best, but the first season isn’t — so we skipped it. I’d advise the same with “Justified,” a great show that starts out as a decent anthology. Comedies can easily be hacked — start “The Office” or “Parks and Recreation” in Season 2 and you’ll quickly know if they’re for you.

There are exceptions, though it’s subjective. If you want to skip the slow opening episodes of “The Wire,” you probably just don’t want to watch “The Wire.”

I wouldn’t suggest skipping any of “The Leftovers,” either — I’m in the camp that believes that the first season was excellent, just inconsistent. But if waiting 10 hours for the best parts is what’s holding you back, for God’s sake jump to Season 2. You will not go to fan jail for this.

If you start a series in the middle, there may be references that confuse you. Google them. Find a fan site. Ask a friend. And later, if you’re hooked [whispers], you can go back and watch the beginning.

Yes, watching part of a series is a half-a-loaf approach. But when TV serves you one 21-course meal after another, sometimes half a loaf hits the spot.

Previous ‘To the New Owners,’ About a Summer Place (Too) Well Loved
Next Tech talents now choosing Europe over US, Trivago’s Schromgens says

Haaland, With a Key Vote in Her Column, Appears Headed for Confirmation